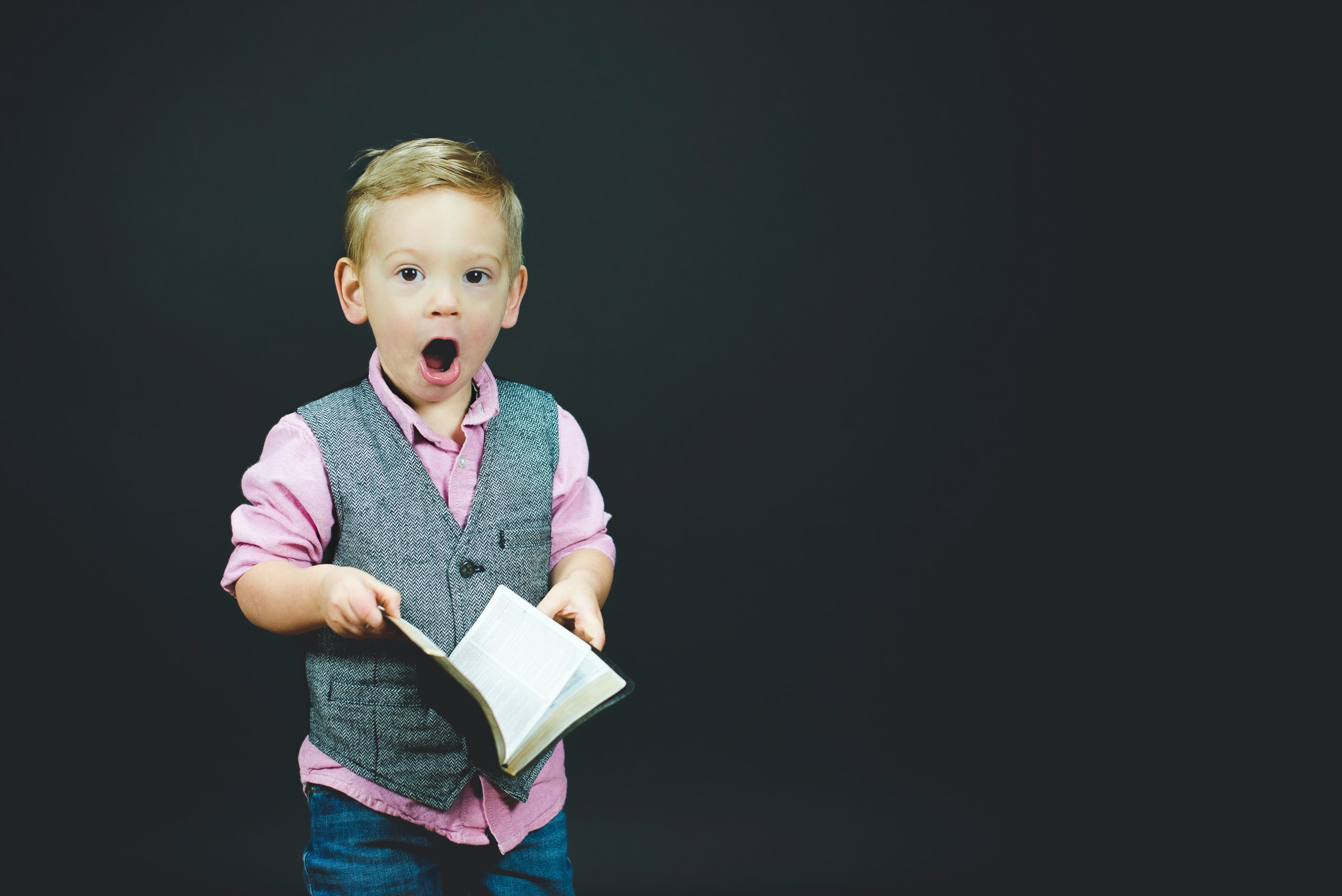 Photo by Ben White on Unsplash

He stood and shouted to the ranks of Israel and said to them, “Why do you come out to draw up in battle array? Am I not the Philistine and you servants of Saul? Choose a man for yourselves and let him come down to me. If he is able to fight with me and kill me, then we will become your servants; but if I prevail against him and kill him, then you shall become our servants and serve us.” Again the Philistine said, “I defy the ranks of Israel this day; give me a man that we may fight together.” 1 Samuel 17: 8-10 NASB

This is where we come into the story. There are a few lessons that I’d like us to take from this epic encounter. Let’s start by zooming in on a few verses. 1 Sam 17 :11 states “when Saul and the Israel heard these words of the Philistine they were dismayed and greatly afraid.

1. Any time the devil speaks, it is to incite fear and terror. In short, all that he ever says is contrary to what God has already spoken about you. Now, remember that when God speaks a thing about you, it’s not just being spoken at the time you heard it. God has already said all that He’s going to say about you in His Word, what happens is that He reveals them to you “in time” as you encounter Him. As you encounter Him in prayer, as you encounter Him in worship, by listening to inspired preaching or reading of books in any format and the list is endless. God begins to reveal what He’s already said about you. Shortly after or at the point the when God reveals what He has said about you or your family, the devil may want to say his own piece, but it will only be to instil fear and terror. Jesus plainly tell us about the devil’s agenda – to steal, kill and destroy! (John 10:10). The devil has not changed his agenda since!

2. You may look like the people around you but you are not necessarily of the same Spirit. Both armies were dressed in battle armour, but they were not the same, you may look like them but you are not the same as them. Verse 21 says “Israel and the Philistines drew up in battle array, army against army”, so the second point is though we may be dressed the same, we are not the same. They were both dressed in battle array but before the day was over, the real army to be feared was known. What are you going to do when you hear the devil bringing fear? What kind of spirit is going to rise up within you? Remember both armies were dressed in battle armour but they were not fighting with the same weapons of warfare. One army was backed by the Lord of Hosts!

3. Sometimes the person who hears about a matter can change the trajectory of events. The battle turned the moment David heard the words of terror spewed by the enemy. He heard Goliath’s taunts and immediately refused to cower at the enemy’s intimidation. David heard and spoke up because of whom he believed and what he believed. That the Living God who delivered him from past troubles would do it again. As a result of David being in the vicinity, Israel’s potential defeat was rewritten. David with the help of God changed the course of battle that day and the trajectory of events. David heard Goliath’s words and a different spirit rose up within him. This reminded me of Mary, the mother of Jesus, who heard the wine had run out at the wedding feast at Cana. She brought the matter to Jesus, He eventually intervened, changing the trajectory of the wedding feast. However, beyond what David and Mary heard, they saw a need.

David saw a need for victory and Mary saw or recognized the need for the couples’ shame to be averted. Both David and Mary were intimate with the God who delivers victories and averts shame. Therefore, they spoke solutions when they heard problems. Since intimacy breeds confidence, with confidence they both declared God’s ability to do great things. One of my favourite Psalms is Psalms 68, God has used it to speak to me at different times in my life. Recently I came upon some of the verses which He gave me a long time ago, that still speaks to me today.

4 To complete your assignment, you must wake up early! David rose up early and left the flock with a keeper and took supplies to his brothers as his father had commanded him. 1 Sam 17: 20. In the spirit of full disclosure, I still struggle with getting up early mostly because I go to bed a bit too late. Plus, I have never been much of a morning person. And I love my sleep! But the early hours of the morning, are really very precious.

Many times, we read in the Bible that Jesus got up a great while before day and went to a quiet place, no doubt to fellowship with the Father, downloading the strength, energy and wisdom He needed for His every day. Yes, we know that Jesus lived in unbroken fellowship and communication with the Father but even He got up early to go and connect with God.

It was early while David was carrying out the assignment by his father, that opportunity dressed as a loathsome, fear-inducing giant presented itself. It’s often said that the early bird catches the worm so even in creation, a bird knows that to be able to get the best out of the situation before it, it needs to get up early. Opportunities sometimes come dressed up as difficulties. However, when we are already equipped early, those difficulties don’t faze us when they present themselves.

5.  Intimacy breeds confidence. You might ask confidence in what?  Confidence in the power and the nature of God. After David was brought before Saul because people overheard his confident claims. He said to Saul, let no man’s heart fail on account of him, your servant will go and fight with this Philistine.

He was like, King Saul, don’t be afraid on account of what Goliath is saying. Saul looks at David and says, you don’t know anything, you’re just a youth, this guy has been fighting from day one. He’s gone to fighting school. What do you know on account of your age? You can’t deal with this on account of your experience, from what I see of you, you can’t match the experience of this man, this giant, this fearsome man that has been challenging our army for the past 40 days.

The Bible stated in Samuel 17: 14 that David was the youngest in his family, he was the youngest, plain and simple yet this young man had a wealth of experience. Saul looked at him and doubted his ability to deliver. David just replied, in effect saying, your servant has killed both the bear and lion which made the mistake of grabbing my flock, I take my job seriously. I look after the sheep in my care, so this Philistine will be dispatched the same efficiency.

God has delivered me from the hand of the lion and from the paw of the bear, this Philistine will be like one of them since he has taunted the armies of the Living God.  Remember intimacy breeds confidence, because David had seen God at work, he was able to say don’t worry. My God is going to sort this Philistine out, it is no match for me because God is with me. So, you see, though this enemy has come to do battle, power surpasses power.

You can almost hear the God of the whole earth and Heavens getting excited at David’s bodacious comments and rightly so, for God loves it when we brag on Him. He said if there’s anything that you want to boast about,  brag on the fact that you know God ( Jeremiah 9:24), brag on the fact that you serve the Living God, brag on the fact that God has never failed,  brag like the 4 Hebrew boys  who said to Nebuchadnezzar, we will not bow down to your graven image because we know God will save us and even if  God refuses to save us, we will still not bow down. Talk about confidence, talk about confidence that comes from intimacy, which comes from a place of knowing God. Knowing that His words will not fail, knowing that He has the final say in every situation, knowing that if it doesn’t even go the way we want, God knows best.

Allow me to invite you to pray this prayer with me. Father help me to get to know you more, what pleases you, to take delight in pleasing you so that when I speak, I will speak from a place of assurance and knowledge that this God does deliver, that He has delivered and He will yet deliver. Because He is faithful, I can brag on Him with full assurance all day long and all night long.

As we start the second half of this unprecedented year, how do you plan to grow your confidence in God?